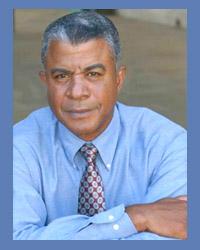 Born in Washington, D.C. his early years included living for two years in Salonica, Greece where he learned to speak Greek fluently and two more in college in Munich, Germany. He became once again fluent, which lead to a BA minor in German, major in Speech/Television Production from the University of Maryland. He began directing television for Baltimores WBAL and was then drafted into the Army in the spring of 1967.

Following his training, his service as an Advisor once again fluent to Vietnamese troops in the Mekong Delta and his recovery from wounds received, Tucker resigned his commission and moved to New York in late 1970, to study acting. He began at the Neighborhood Playhouse, under the tutelage of Sanford Meisner. In his second year he became a continuing character in the NBC soap opera Somerset and left the Playhouse. In the mid-70s, Tucker continued his studies with Stella Adler and continued to work on soaps, childrens TV Jabberwocky and public affairs programming the Emmy nominated host of CBSs news magazine, Channel 2: The People.

He also developed an enduring relationship at Joseph Papps Public Theater, creating characters in six productions over the next eight years, as well as other roles in Broadway and regional theater productions. Additionally, he filmed more than 100 television commercials and PSAs during that decade. During the 80s, he appeared in several features, such as The Cotton Club and Presumed Innocent, did yet more theater and was the spokesman for more than 1000 television and radio commercials.

In 1991, he moved to Los Angeles and began his work in prime time television. The listing of all of his shows and characters can be accessed by typing his name Tucker Smallwood into IMDb.com. After several years of guest starring roles on dramas and sit-coms, he chanced into the universe of science fiction and enjoyed considerable success on such series as SPACE: Above and Beyond, The X-Files and Babylon 5, as well as in the films CONTACT and DEEP IMPACT. Theatrically, he performed in several productions for the Mark Taper, Cast Theater and Odyssey Theater.

In this new millennium, he has continued to create an eclectic body of work in both drama and comedy, and spent a season as a Xindi diplomat for Star Trek: Enterprise. His most cherished experiences in recent years have been on film projects for emerging artists independent films allowing him to explore characters rarely offered on bigger budgeted studio productions

Following his return to Vietnam in 2004, in the late summer of 2006, he published an anthology of essays entitled RETURN TO EDEN available both in soft cover and as an audio book MP3, which continues to garner praise from both veterans and civilian readers. More information is available at: Lulu.com/tuckersmallwood