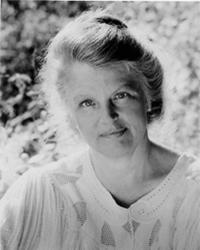 Valerie Harms is the author of nine distinguished books in various genres: the environment, psychology, women's studies, biography and juveniles. For over 20 years she has taught the Intensive Journal method, a psychological self-help tool developed by Ira Progoff, in leading cultural centers and universities. A depth psychologist, she has studied the ideas of Carl Jung, led a tour to Switzerland based on his life, and taught courses regularly at the C.G. Jung Foundation in NYC.

Her self-designed programs have been given throughout the northeast, plus Chicago, Berkeley, Vancouver, and Skyros, Greece. She has been tour leader on four trips to Europe and lived in France for three years. She is the Editor of Distinctly Montana magazine. As co-founder of Magic Circle Press, she edited, produced, and distributed fifteen titles. Honors received include a National Science Teachers Award, National Endowment for the Arts Grant, an NET documentary, and the Pushcart Prize for the Best of the Small Presses.
Her most recent book, Dreaming of Animals, Dialogue Between Self and World, addresses the link between the 'inner' world of our imagination, emotions and thoughts, and the 'outer' world where we encounter animals. She asks the question of whether the psychological and ecological could be one and the same. This book shows their convergence might alter our perception of 'community' and seeks to restore the honor and importance of animals by illuminating our sacred connection.

She has enjoyed appearing on numerous radio and television programs. A member of the Author's Guild, she has received residencies at Cummington Community of the Arts, the Virginia Center for the Arts, the Edna St. Vincent Millay Colony, and Fundacion Valparaiso in Spain. Honored by the United Nations as 'a most remarkable woman,' she is also listed in various Who's Who directories.