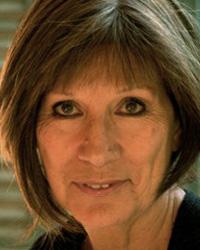 Veronique Raskin, Founder and President of the Organic Wine Company, San Francisco, was born and raised in the South of France. For many generations her ancestors owned land in the Languedoc region, close to the historic walled city of Carcassone.

Veronique attended the University of Toulouse, and originally came to this country as a psychology graduate in 1973 to meet Dr. Ida Rolf, study her work "Structural Integration" and write a Ph.D thesis on it. Soon after accomplishing these goals, she fell in love, married, ran a successful professional practice and made San Francisco her home away from home.

Meanwhile, back in the Languedoc, her 75 year-old grandfather Pierre Fabre, a Professor of Medicine, was pioneering organic viticulture. He decided to convert the family property, "La Bousquette," to organic methods and to bottle its wine. By 1980 he had accomplished these goals, and had transmitted the organic bug to Veronique. She offered to import the La Bousquette wines into California, to maintain a connection with the family land, and to further her grandfathers dream. She was passionate about the organic vision, and believed that organic wine was an idea whose time had come. Little did she know that another 22 years would go by before these wines and the spirit they represent would begin to get the recognition they deserve. Her passion, however, has never diminished.