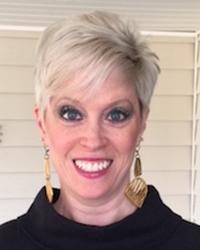 Vicki Todd, Ed.D, is a memoir artist and life coach. Vicki was living a double life. She taught public relations and advertising courses for 17 years at the university level, but her dirty little secret was that she is really an artist at heart. She tried to live two existences, creating her art at night and any free weekends she could sneak in, but it just wasn’t enough. The drumbeat of her life’s Purpose became too loud and persistent to ignore. So, she put her octogenarian mother into shock by resigning from her tenured professor position to follow her bliss of art and to teach others that living YOUR life’s Purpose is the key to joy, fulfillment, and deep meaning in life.

Vicki knows her stuff when it comes to evolution and change. She’s flipped her life twice. Made two 180-degree shifts. Become unstuck from two life circumstances that were blocking her path toward evolving into her True Self.

Here’s what happened…
Life flip #1 began in 1998. Vicki was a nonworking wife in the seventh year of a failing marriage to her hairdresser husband. She had just lost a baby she was not meant to conceive. Vicki had no idea what her Purpose was in life. She was desperately lost, floundering. Her self-esteem was face down, cowering on the floor.

And that’s when the Universe offered Vicki an open door of opportunity…
Her former dean at Texas Tech University saw the feature story she’d placed in the newspaper promoting the salon her then-husband and she owned. He called to ask if Vicki would teach a summer public relations writing class that began the NEXT day! Vicki was petrified! She hadn’t worked in the communications industry for 4½ years, because she quit working to help manage the salon. And she had completed her master’s degree eight long years before.

But, if Vicki said no to this open door of opportunity, she knew she’d remain hopelessly stuck in a nowhere life depending on another to take care of her. She had to take the leap and say YES! This was the key to freedom!

Saying yes to that open door led to divorce, earning a doctorate degree, and moving solo from Texas to Connecticut to begin a new existence as a university professor. During this tumultuous time, Vicki returned to painting – something she’s done throughout her life – to express the anxiety and emotions she was feeling.

Vicki’s art began taking shape in the form of female portraits surrounded by emotion and femininity. She eventually realized she was painting a visual diary of what was happening in her life, a visual memoir. The female faces may have come from free-hand sketches of women in perfume ads and fashion photos, but the themes and emotion driving the works were from her life experiences at certain snapshots in time. Vicki eventually realized that if it weren’t for life flip #1, she would have never painted Inner Beauty Blooming – the first of her portrait series and the birth of her visual memoir.

Fast forward to life flip #2. Vicki began meditating in 2013 and discovered her Purpose in life was to use her art in some way to inspire others. Vicki wept at this revelation! Art, her life-long love, was not just a part-time hobby. It could be used as a tool of service. But how? She eventually realized that becoming a professor was a very fortunate means to thrive after divorce, but not the ultimate calling for her life. It was time to take the lessons she’d learned along this beautiful journey and morph once again into a new form of teacher. One who strives to help others become unstuck from life circumstances that no longer serve them. So, Vicki resigned from her 12-year tenured professor position on February 24, 2015. Even though she was trembling from fear of the unknown, she believed in her heart that if she took a blind leap of faith and committed her life to being who she was born to be, she would experience abundance and joy beyond her dreams.

The Universe had her back!
In 2016, Vicki listened to her intuition’s whispers once again and moved to Washington State. She is living her evolving dream as an artist, author, inspirational speaker, and art workshop facilitator who helps you reclaim your Inner Beauty Blooming!

Vicki’s message is that you are not meant to play small, fit into a box that doesn’t belong to you, and allow your Soul to suffer. You were placed on this planet for a reason. Live it and feel joy!

Vicki is the author of a visual memoir, Unstuck: One Heroine’s Journey of Art and the Courage to Live on Purpose. She is the host of Unstuck JOY! The Art of Living on Purpose radio show on Transformation Talk Radio Network, where she encourages listeners to create their path to soul clarity through Art Visioning. Vicki  is an inspirational speaker and spreads the message that living your life's Purpose - using the gifts you were given at birth to make the world brighter - leads to a more joyous and fulfilling life. Vicki teaches "Paint Your True Selfie Portrait" and "Artist Heroine Memoir Cards" art workshops designed to help women identify and cultivate their True Self and life Purpose.

You may purchase Vicki's visual diary portraits on her website, http://vickiworldart.com. Contact her at [email protected] to inquire about speaking engagements and art workshops.

Book reviews for Unstuck: One Heroine’s Journey of Art and the Courage to Live on Purpose:
"You are an incredible inspiration!! I truly know that God is talking to me through your book."
- Dove Hibbert, Shaman

"This is a fabulous book for anyone wondering about how to find and then live their life purpose. There’s clarity, encouragement, straightforward advice, and lots of common sense."
- Krysta Gibson, NewSpiritJournal.com

"Vicki will inspire you to recognize the bread crumb clues that are sprinkled in your life as it was hers."
- Linda Allen, MsCareerGirl.com

Vicki has been a featured guest on the following TV shows:
- Mid LIFE Matters on WPAA-TV in Wallingford, CT
- Cameras Rolling on WHCTV in Hartford, CT