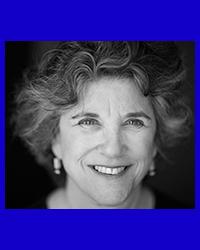 Victoria Zackheim is the author of the novel The Bone Weaver and editor of six anthologies: He Said What?: Women Write About Moments When Everything Changed; The Other Woman: Twenty-one Wives, Lovers, and Others Talk Openly About Sex, Deception, Love, and Betrayal; For Keeps: Women Tell the Truth About Their Bodies, Growing Older, and Acceptance; The Face in the Mirror: Writers Reflect on Their Dreams of Youth and the Reality of Age; Exit Laughing: How Humor Takes the Sting Out of Death; and the upcoming FAITH: Essays from Believers, Agnostics, and Atheists Feb. 2015.

Her play, The Other Woman, based on her first anthology, will be featured in OneNight/OnePlay, across the United States on November 9th, and her play Entangled, an adaptation of the memoir Entangled: A Chronicle of Late Love, is in development at Z Space in San Francisco. Victoria's first screenplay, MAIDSTONE, is now in development, and she is currently writing a screenplay for Amber Entertainment.

She is story developer and writer of Where Birds Never Sang: The Story of Ravensbruck and Sachsenhausen Concentration Camps, aired nationwide by PBS. She teaches Personal Essay in the UCLA Extension Writers' Program. Victoria was a 2010 San Francisco Library Laureate.