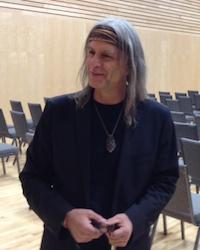 Vinko Totic is a documentary moviemaker who graduated in May 2010 from the Documentary Movie Production program at Algonquin College - Ottawa, Canada. As a student he produced, directed and edited four short movies presenting facts, culture and artistry of his own native country Bosnia and the current one, Canada.

Most recently Vinko has produced his first 90 minute feature documentary; MYSTERY OF THE BOSNIAN PYRAMIDS, depicting most of the known facts, energy phenomena and spiritual aspect of the Bosnian pyramids. Entirely funded by himself, the movie was filmed in Bosnia and edited in Canada between 2010 and 2012. Presently Vinko lives and works in Ottawa, Canada.