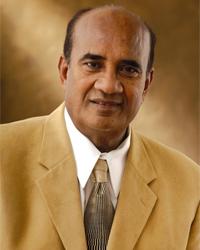 Vipin Mehta, P.E., M.A.P.A. was born in India and raised in Mumbai during the Independence Movement inspired through Mahatma Gandhi's principles of non-violence. Shortly after migrating to the United States in 1969 with only a few dollars to his name, Vipin became a licensed Professional Engineer and established MEHTA Engineering, which has since evolved into a 30-year engineering and construction management firm for roads, bridges, airports, and other infrastructure related projects. After arriving to the U.S., Vipin also received a Masters in Public Affairs from Northern Illinois University and has since played a very active role in local, state and national politics and has been addressed as the Metaphysical and Spiritual Counselor to many politicians both Democrat and Republican.


Vipin has pursued Metaphysical and Spiritual learning by Spiritual Masters and Mystics from all over the world. His interest in Metaphysics began in 1947, where he first learned from Mahatma Gandhi's teachings. Other Spiritual Masters include the Indian mystics J. Krishnamurti, Rabindranath Tagore Nobel Prize winner in 1912 and Rajneesh/Osho along with western spiritualists Edgar Cayce, Ruth Montgomery, and other modern mystics. Vipin has studied many Metaphysical and Spiritual scriptures including Hinduism, Buddhism, Taoism, Jainism, Sikhism, Zen, Christianity, Judaism, Islam, Sufi and others through which he taught "Religion of Man" and other courses at local Colleges and gave lectures on Metaphysics across the U.S. and India.


Vipin now lives in Orlando, Florida with his wife Hansa and has two children Rav and Radha.