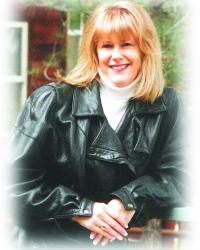 Author of Diabetes Diet. Virginia Swanson was born in the spring of 1961 in the small town of Grand Rapids, Michigan. Swansons Father was an engineer and her Mother was a stay at home Mom.
Swanson went to business school where she studied accounting. Realizing that a career in accounting was not for her, she went on to become a financial planner with Lincoln National. After years of insurance and financial planning Swanson changed careers and became a catastrophe adjuster with Pilot. Swanson worked with Pilot for many years adjusting catastrophic home claims all across America. She became tired of traveling and decided to try her hand at the stock market. There Swanson became wealthy.
A few years later, Swansons Father suffered a heart attack. Early on it became apparent he was not recovering the way everyone had hoped. He was a diabetic and was slow to heal. A few months later his kidneys failed and he was put on dialysis awaiting a kidney transplant.
Swanson began studying diabetes and heart health shortly after her Father became ill. A year later her Father was diagnosed with skin cancer. Swanson stepped up her studies and tried to get her Father to begin taking digestive enzymes by Dr Kelley. Her Fathers doctor refused to let him take the digestive enzymes.
Frustrated and determined to help her Father, Swanson tried to get him to take apricot seeds B17 in an attempt to kill the cancer. Once again her Fathers doctor refused to okay the treatment. After the kidney transplant it seemed like her Father was recovering. One year later, the cancer was back. They operated again telling Swansons Father he would be fine. One year later he was dead.
After years of frustration, pain and research, Swanson put the final pieces together and wrote the book Diabetes Diet. The book outlines how to prevent and naturally treat diabetes, heart disease and cancer.
Her book has sold worldwide. She teaches thousands how to eat right and stay healthy.