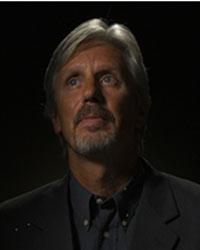 Walter Cruttenden is the Director of the Binary Research Institute in Newport Beach, California, author of Lost Star of Myth and Time, and writer producer of the award winning documentary film, The Great Year, as well as many articles and papers on the subject of solar system motion and its influence on history and consciousness. Walter is the host of a regular podcast series, The Cosmic Influence, and organizer of the annual Conference on Precession and Ancient Knowledge CPAK, which features authors and scientists from around the world addressing the topic of ancient knowledge.

In his early career, Cruttenden founded and served as CEO of two well known investment banking and brokerage firms; Cruttenden Roth now Roth Capital, one of the largest providers of equity capital to emerging growth companies in the world, and EOffering, formerly part of ETrade Securities, both which specialized in the research and funding of new growth companies, mostly in the technology and biotech industries.

Cruttenden has appeared several times on The History Channel, PBS and many news programs, and has been a repeat guest on syndicated radio shows, especially in the alternative science field, such as Coast to Coast, with George Noory.