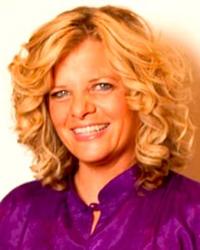 Wendy Robbins, founder of Nowhere To Millionaire LLC, and the "1,000,000 fulfilled and financially free women making a difference. She has been on her own since she was 14. She has been homeless, lived in a car and at another time in her life went from 10,000 debt to make millions by co-inventing and marketing The Tingler head massager. She is a leading expert on mastering the millionaire mindset, and how to manufacture and market ideas to millions. She stars in the TV series with Kelly Ripa, showing women how to manufacture, distribute and pitch her invention to HSN. The show airs on TLC.

Wendy's book, "Why Marry A Millionaire? Just Be One And While You're At It, Change The World" is being distributed by Hay House world-wide.

She also is in a movie based on the classic book, "Think and Grow Rich." The film is called, "Awaken Your Riches" It is similar to The Secret and distributed by the people who published, "The Secret." Still a best selling book. She is also in "The Source," a film about how to be happy.

Loving diversity Wendy attended The Juilliard School for acting, directed and produced reality films and TV shows for 13 years winning 2 Emmy's and nominated for a 3rd. She is a member of the Director's Guild, Screen Actor's Guild, AFTRA. Her art and photography have recently shown in galleries.

She hosted a weekly radio show, "As You Wish" for almost 3 years reaching half a million people, interviewing millionaires and Spiritual leaders. She has been on Montel, CNN, QVC, hundreds of local news shows, thousands of radio shows.

She is a popular, and in demand speaker and will be seen been on stage in front of thousands of women per venue for an 20 city tour - in 2011.