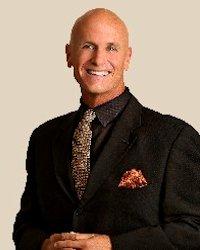 In July of 2006, Will Bowen handed out 250 purple bracelets inviting people to use them as a tool to eradicate complaining from their lives.


His idea exploded around the world and, to date, nearly 10 million purple Complaint Free bracelets have been sent to people in 106 countries.

The Complaint Free movement he began has been featured in hundreds of newspaper and magazine articles including People magazine, Newsweek, the Wall Street Journal, O magazine, Self Magazine and Chicken Soup for the Soul.


Bowen's first book, "A Complaint Free World" is published in 16 countries and has sold nearly 2 million copies worldwide. The book is being released today in paperback published by Crown Publishing. The paperback is updated and expanded with practical new ideas and inspiring new stories.


Bowen travels the globe speaking to organizations and companies helping them become Complaint Free and, as a result, increase morale and productivity.