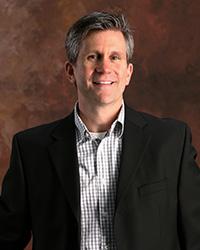 THE SPEAKER - As president of a multimillion-dollar company, Will Knecht has extensive, hands-on experience in the crucial aspects of a successful businessincluding manufacturing, distribution, retail, sales, marketing, information technology and finance. Through his genuine and passionate delivery style, Will weaves together the fascinating, true story about the fire that could have destroyed his business and its people, but instead became a catalyst for new thinking and new opportunities. We are all rocked by setbacks at some point in our lives. Earnest and plainspoken, Will shares how such challenges can become the foundation for future success and greatness, how such dire moments can lead to surprising transformation.

THE BUSINESSMAN - Will Knecht is the President of Wendell August in Grove City, PA, America's oldest and largest forge, producing hand-wrought ornamental giftware in aluminum and other metals since 1923. On March 2010, two days after receiving its largest order ever, a fire destroyed millions of dollars in equipment and materials, their offices and their flagship store. Instead of ceding to the devastation, Wendell August Forge upped its workforce, struck distribution deals with 600 stores nationwide and broke ground on a new facility. While Will Knecht credits divine intervention and a supportive staff and community for his company's revival, he said rising from the ashes challenged him to take Wendell August Forge higher than it had ever been before. "We were forced to rethink how we did business and what we were as a company. We already had a solid foundation of incredible customers and loyal employees, but suddenly we had an absolute blank canvas to paint on" Will says. "Our insurance team told us to prepare to be out of business for nine months. But the team, the community, all of Western Pennsylvania rallied together, and we had the workshop up and going in five days."

THE PERSON - Will earned a Bachelor of Arts Degree in Business from Wake Forest University and served as student body president there from 1987-88. Married to Jennifer, Will and his wife have three children: Jared, Cameron and Claire. Will's outside interests include the Bible, teaching Sunday school, exercising, reading and watching movies. He also has an intense love for products made in the USA like those from Wendell August and champions keeping jobs in America as well as carrying out the tradition of handcrafted excellence.