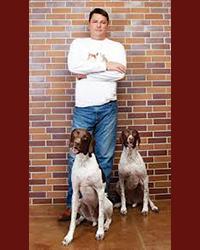 Will Post is the founder and CEO of Hound and Gatos Pet Food, a Paleolithic pet food aimed at keeping pets happy and healthy. Will's career began in the United States Marine Corps where he served our country for thirty years.


He earned his Bachelors of Science from Liberty University and currently working on his MBA from the Citadel. After the premature passing of his beloved Great Dane due to "poor nutrition," he decided to revolutionize the pet food industry. After reading about the horrors of advertised pet food, his pets would never eat commercial pet food again; he began cooking his own pet food for his dogs with all natural ingredients, no fillers such as generic liver. Soon, the neighborhood wanted to order the home-cooked batches, which lead him to found LIFE4K9 Pet Foods in 2003 before selling it in 2010 to start Hound & Gatos. Today, Hound & Gatos ships pet food globally. Hound & Gatos spends thousands of dollars annually to test it's product to ensure that their products are filled with the animal protein that is labeled.


Will, a entrepreneur, started Hound & Gatos with a mission to feed pets quality ingredients, reverting back to what dogs and cats would eat in the wild, such as rabbit, lamb, and venison. By excluding unnatural and unnecessary fattening fillers, pets are happier, healthier, and live longer.