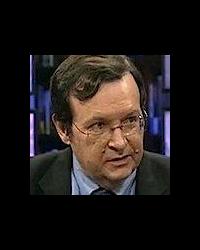 Mr. Hartung has written for the New York Times, the Washington Post, and many other publications. He has written the books “Prophets of War: Lockheed Martin and the Making of the Military-Industrial Complex”, “Lessons from Iraq: avoiding the next War”, and “How Much are You Making on the War, Daddy”. He has been a featured expert on national security issues on CBS 60 Minutes, NBC Nightly News, the Lehrer Newshour, CNN, Fox News, and scores of local, regional, and international radio outlets. He has also appeared in several documentaries.

You can see more from William Hartung at the Center for International Policy: http://www.ciponline.org/about-us/experts-staff/william_hartung

Enter your email to be the first to know about upcoming shows, giveaways, contests and more!

To inspire, educate, and transform the world through powerful programming, providing solutions and options for living a positive and transformative lifestyle.

We achieve this by providing programming presented by world renowned experts. Each show contains core wisdom and specifics in areas of Mind, Body and Spirit that are needed to improve every facet of a modern individual’s life.