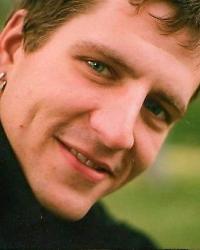 William Hatch was born and raised on a cattle and grain operation in the farming hamlet of Wandering River, Alberta. He learned the value of hard work from his father who worked as a gas plant operator while managing the family farm, and the value of service from his mother who volunteered for the school, ambulance and fire department.

At the age of five, Will fell in love with NASA and was determined to build the first school in space. The inadequacies of formal education encroached heavily on his dreams and continued to have a negative influence throughout his school years. He consoled himself by communing with nature in the forest throughout most of his childhood until his interest in rockets, audio, and R/C cars inspired him to attend the University of Alberta to earn his BSc in Electrical Engineering.

After the birth of his son, Hatch invested half a year working in the earthworks construction industry of Fort MacMurray to support his family while finishing school. He worked as an engineer in Calgary's oil and gas industry for 3 years while developing innovative engineering software algorithms in his spare time.

At the age of 28, deeply disillusioned with trying to satisfy the conflicting demands imposed by society and frustrated by the current political arena, he chose to walk away from that industry and explore his potential as a conscious being.

He started climbing mountains for fun and began applying that energy to everyday challenges. Will is now determined to deliver a powerful democracy through the development of a system that will effectively expand each citizen's circle of influence to the whole country, and give a clear voice to voters, allowing them to interact and co-operate with each other and the government to explore creative solutions to the problems facing our country.