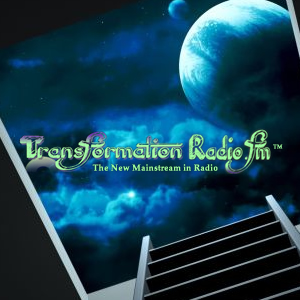 Seattle, Washington  April 1, 2015  The launch of   TransformationRadio.FM and The New Mainstream of Conscious Information - The Transformation Network. Stay Tuned!

Dr. Pat Baccili and The Transformation Network have established and continue to establish themselves as a "go to" resource for a positive message, educational, thought provoking, and inspirational content globally. Now they have announced, starting April 1st their popular Talk Radio venue will expand into a groundbreaking epic platform of transformative content.

Dr. Pat is widely regarded as one of the most well respected voices in transformative talk radio and media. Her show  The Dr. Pat Show has featured world-class amazing guests including Olivia-Newton John, Michael Beckwith, author Jack Canfield, of the Chicken Soup for the Soul series and Shirley Mac Laine just to name a few. Dr. Pat, as she has been deemed by her listeners, has described the vision as "the desire to set the standard for a new and fresh kind of Talk Radio, A New Mainstream, creating conversations that are changing the world one listener at a time!"

"In 2008 I declared that we were creating the New Mainstream in Talk Radio and we have. I am thankful every day for this blessing, the people that have contributed to raising consciousness, and the team that made this happen," states Baccili.

Listeners to the network have been very enthusiastic about the news of the expansion. Joanna from Connecticut states: "This is exactly what the world needs. A place to tune in and get access to information about all forms of living."

About Transformation Radio:Our Mission is to broadcast a distinctive blend of Live Talk Radio genres that include interviews with a mix of uplifting and intelligent news plus educational and practical information. Topics range from personal development to critical issues relevant to a rapidly-changing world. As Dr. Pat says, "We talk about everything from sex to spirituality with a vibration that honors the dignity of the human spirit."

Called the "Oprah of radio"by her listeners, Dr. Pat is "blowing the doors off" of traditional talk radio. Dr. Pat is well-respected in her various roles in the human potential field as coach, teacher, adviser, inspirational speaker, consultant, and internationally acclaimed radio personality.

Dr. Pat Baccili has received numerous awards for her empowering message on radio and her contribution to "Green Awareness" including The Crystal Award of Excellence, The Award of Distinction and Host of the Year! Beyond radio, Dr. Pat Baccili was named Aspire Magazine's - Aspiring Woman of the Year. She also received the following awards: The National Ordinary People, Extraordinary Outcomes Award, the Women's Choice Leadership Award, and was the recipient of two Stevie Awards: Women Helping Women in Business and Management Team of the Year!