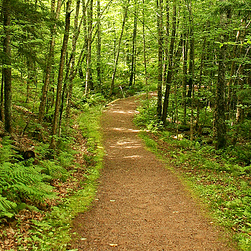 Living a Meaningful Life by Way of Author Chaney Weiner

“Remember you are the cause of how your life turns out”

In a world full of criticism and negativity, it's important to overcome what other people may think of you. I'll use myself as an example. My name is Chaney Weiner. I've been called Chancey, Choncey, Weiner, Hotdog, you name it. The biggest challenge was early on in my life. I went to 5 elementary school in 8 months before we finally settled down in New Jersey. And every time I would go to the class and meet new kids, guess what? They mispronounced my name. That led to being bullied and being made fun of. I wasn't hit or anything, but it terrified me. But with these experiences, I have grown a thicker skin. Even though there was always kids and certain people who were nice, it still came down to me and what was inside of me. At some point, I was lead down the path to where I am today and I love what I'm doing. I state in my book, Because this is your Life, that you can do everything in your power to earn respect but there is still going to be people who aren't going to respect you for whatever reason. And that's okay because it's not about pleasing people but about overcoming what those people think about you.

When it comes to having one life and the path that they go down, many people end up having a life that they don't really want to be living and attributed to something else. This is not to put blame on anyone but it's your responsibility and accountability to look at yourself and say, "the things that happen in my life, this is why it happens. I'm responsible for it and whatever path I go down in life."

You must remember that in every crisis, there's a blessing. I definitely want to mention another story. This is from December before I moved out of Jersey. There's a supermarket I go to and the store manager, who is a friend, was telling me he that he has a new girlfriend and that he was so lucky. A lot of people say that they're lucky, but when you say that, there's something of a border that implies that it was a mistake. Your life is a blessing and not compromised of luck. The stuff you have, the career you have, the things you love doing, they are going that way because you earned it, not because of sheer luck. When I know I'm doing something that I truly love, that's true to me, I embrace the path and let my character do the work.

Click here to get your copy of the book