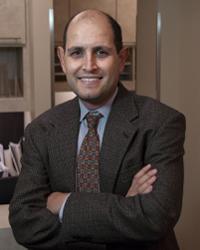 Dr. Rapoport attended the University of the Witwatersrand in Johannesburg and after graduating in 1990, practiced general dentistry for 6 years. In 1996, Darrin and his wife Pam relocated to Seattle where he received his Masters of Science in Dentistry from the University of Washington and completed 3 years of highly specialized training in periodontics and implant dentistry.


Along with his degrees, Dr. Rapoport is licensed to practice in Washington State and internationally, in South Africa, the United Kingdom and Australia. He is a board certified Periodontist and Diplomate of the American Board of Periodontology, along with being an active member of the Seattle-King County Dental Society, the Washington State Society of Periodontists, the American Dental Association, the American Academy of Periodontology, the International Congress of Oral Implantologists and the Academy of Osseointegration. In addition, he regularly lectures at national and international events and has been published multiple times.