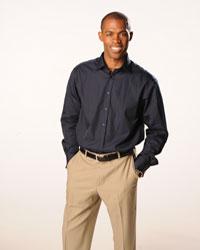 Dr. Ian Smith is currently the medical/diet expert on VH1s highly-rated Celebrity Fit Club, and the creator and founder of The 50 Million Pound Challenge. Dr. Smith is also the host of his own nationally syndicated radio show HealthWatch on American Urban Radio Networks. He is the former medical correspondent for NBC News network and for NewsChannel 4 where he filed reports for NBC's "Nightly News" and the "Today" show as well as WNBC's various news broadcasts.

He has appeared extensively on various broadcasts including The View, The Tyra Banks Show, Larry King Live, Anderson Cooper 3600, Showbiz Tonight, and The Verdict with Dan Abrams. He has written for various publications including Time, Newsweek, Mens Health, and the New York Daily News, and has been featured in several other publications including, People, Essence, Ebony, Cosmopolitan, and University of Chicago Medicine on the Midway.

A highly-sought after speaker, Dr. Smith's work has been honored by several organizations, including the National Academy of Television Arts & Sciences for his coverage on the momentous events beginning on Sept. 11, 2001. Dr. Smith is very active in charitable causes, serving on several boards including the New York City Mission Society, American Council on Exercise, and the New York Council for the Humanities.

Dr. Smith graduated from Harvard College with an AB and received a masters in science education from Teachers College of Columbia University. He attended Dartmouth Medical School and completed the last two years of his medical education and graduated from the University of Chicago Pritzker School of Medicine.

A native of Danbury, CT, Dr. Smith resides in Manhattan.