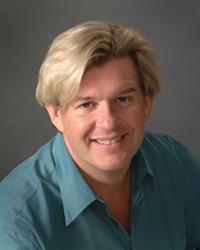 Over the last thirty years, Dr. Kevin has been an early innovator in both the business and private sectors. Throughout the late seventies and eighties, he introduced the importance of formalized training for all levels of employees and wrote then implemented formalized training systems in multiple industries. He then created communication programs and critical thinking based management development programs. Moving into the personal growth, human potential, and alternative health fields in the early nineties he was one of the first to not only introduce the concept of coaching into his practice but one of the only ones to seamlessly integrate coaching and counseling as a single process. He has studied both Eastern and Western philosophies and healing systems and assimilated them into his work.

His groundbreaking award-winning book Managing The Gift: Alternatives Approaches For Attentions Deficit Disorder, introduced the idea of ADD/ADHD as an evolutionary process not a disability. Dr. Kevin has and continues to speak around the world. He is an author, Synergetic Catalyst, teacher, speaker, and radio personality.