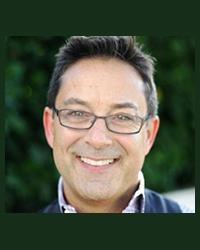 For more than twenty years, Dr. Michael Lennox has interpreted thousands of dreams. His fascination with this nighttime phenomenon began when he was a teenager after reading his mother's copy of Freud's "Interpretation of Dreams." Having had vivid and memorable dream experiences from the time he was a small boy, the notion that they could be analyzed and understood on a deeper level was an almost overpowering concept. Initially, social situations in which people routinely expressed having had bizarre dreams offered him the opportunity to try out his newfound gift. As a young adult, he pursued any and all opportunities to learn more about the theories surrounding dream interpretation. Formal graduate study followed and he earned his Doctorate in Psychology in 2006. He began studying astrology more than fifteen years ago and found a passion for that discipline as well.

His work as a dream interpreter eventually led him to the world of television and radio. He has since earned his position as the leading media expert in this field in the United States and Canada. He can be heard on various radio shows nationally, seen on many television shows and in print media on a regular basis. He travels frequently to lecture and lead workshops, and currently lives and conducts a private practice in Los Angeles. His book "Dream Sight: A Dictionary and Guide for Interpreting Any Dream" is available on Amazon.