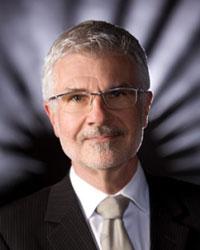 Dr. Gundry's accomplishments in areas like robotic assisted heart surgery, congenital heart surgery, heart transplantation, inventor of cardioplegia catheters, minimally invasive valve surgery, mechanical support devices for the failing heart and reanimation of "dead" hearts have contributed to advancements in cardiac care. For more than 16 years, Dr. Steven Gundry's expertise has led to a number of innovations that have influenced the way we practice medicine. Dr. Gundry has been the inventor of many medical devices that bear his name, including the "Gundry Retrograde Cardioplegia Cannula," a widely used device to infuse heart tissue with preservative solution during surgery. He is frequently introduced as one of the greatest surgical innovators of his time and has been honored with a listing as one of 'America's Top Doctors.'

Dr. Steven R. Gundry was the Head of the Division of Cardiothoracic Surgery, Medical Director of Adult and Pediatric Cardiac Surgical ICU's, and Program Director of the Cardiothoracic Residency Program at Loma Linda University School of Medicine while continuing his numerous research projects. He is also a founding board member of the Society of Minimally Invasive Cardiac Surgery. Dr. Gundry has written more than 200 articles and books about cardiac surgery. Dr. Gundry is also the author of the best selleing book The Diet Revolution Turning off the Genes that Kill You.