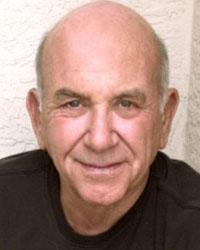 Duane Henkle is a shaman who specializes in energy clearing and ascension activations, is the author of two books and has been a keynote speaker on several occasions at the International Huna Conventions. His goal in life is to help as many people as possible make this evolutionary shift into the Fifth Dimension.


In 1996 Duane Henkle was "called" to Hawaii where he formed a strong psychic link with a group of Pleiadian guides who promised to teach him the secrets of lightbody activation according to the principles of fifth-dimension Pleiadian physics. Over the next 3 years, Duane learned how to harness native Hawaiian energies in such a way as to activate the lightbody. He named this process The Pleiadian Crystal Method. In 2002 Duane and his shaman sister Diana Stone authored a book on the subject, titled "The Lightbody Activation Manual."


In 2003, the Pleiadian guides taught Duane 3 additional activations, completing the series of Four Activations. His guides declared, "These are the Four Activations that prepare earth beings for ascension in 2012." This information became the subject of Duane's second writing, "The Ascension Guidebook."