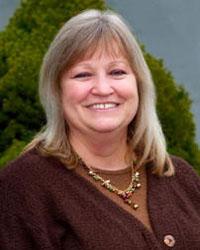 Gloria Two-Feathers, LMP, Founder and EWIHA Director
Inspired by her passion for the science of Energy Healing and its positive life-altering results, coupled with her desire to teach Gloria Two-Feathers founded the EarthWalk Institute of Healing Arts in 2000 and has been its Director for over ten years. For the past 18 years, Gloria's area of focus has included alternative healing techniques, Chakra balancing, emotional release work, high-sensory perception, and massage therapy. The quest for knowledge in her field continues daily.

Gloria is both trained as an Energy Healing and Licensed Massage Therapist LMP. She became an LMP in 1985 after studying at Seattle Massage School, and had a private massage practice Touch for Health Massage and Healing Center for 14 years in Edmonds, WA. She studied alternative energy healing techniques with Lino Alelyunas of the Inner Light Mystery School for 3 years 1993, while it was located in Seattle.

As a Native American with Scottish bloodlines, her body of work and teaching style is influenced and enriched by her unique ethnic background and perspective. She was instructed by Lakota Elder, Buck Ghost Horse for about twenty years in spirituality, ritual and culture. Buck was a Siconju-Hunkpapa Lakota who started teaching about the Lakota way of life in Washington, around 1989, in the First Tiospye which he founded, and eventually evolved into the Sungleska Oyate Spotted Horse Nation.

Gloria has studied Shamanic healing extensively with Michael Harner, Leslie Conton and Carol Proudfoot. Guidance has been gratefully received from other teachers such as: Anodea Judith, Rosalyn Bruyere, Caroline Myss, Norman Shealy, Bob Proctor and more both via workshops and one-on-one teachings.

As an expert in energy healing, and an inspirational teacher, Gloria has been leading others in alternative healing classes, seminars and workshops since 1996. In 2009, Gloria completed the highly-esteemed 100-hour Spirit of Learning Teacher Certificate program with Carey Elizabeth Smith at the Body Therapy Institute in North Carolina.
EWIHA is the only Washington State licensed vocational tech school specializing in Energy Healing in the Pacific Northwest. The powerful application of hands-on healing is learned through an incomparable energy curriculum and practice which Gloria has personally developed and honed for over a decade. She has also gathered a very talented faculty to complement her teaching.