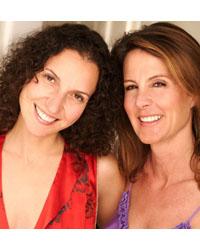 Heather Belle, MFC, earned her undergraduate degree from Vanderbilt University and her graduate degree from Pepperdine University. She has worked with individuals, couples, and families and has counseled children in the Los Angeles public school system, many from broken homes. She was a board member of The Rape Treatment Center and Stuart House, a non-profit that helps children cope with sexual abuse. She has also built a career in the entertainment business. Along with producing an award-winning documentary, she wrote and created web-based therapeutic programming including an interactive therapeutic CD-Rom for children with diabetes which garnered national acclaim, including a press conference with President Bill Clinton. Heather is a screenwriter and contributing columnist for eHarmonys advice site. She lives in Los Angeles with her four children.