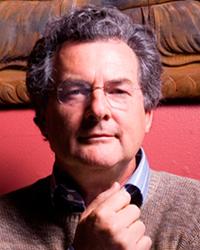 James O'Dea is a well-known figure in international social healing and peace building who has conducted healing and reconciliation dialogues for 15 years. He is currently the co-director of The Social Healing Project, whose work has led him to Rwanda, Israel/Palestine, and Northern Ireland. He has students from over 23 countries worldwide who have participated in his Path of the Peacemaker and Peace Ambassador Training programs hosted by The Shift Network. He also leads small group Intensives for emerging leaders of all ages. He is on the extended faculty of the Institute of Noetic Sciences and is its immediate past President.

The former Washington office director of Amnesty International and CEO of the Seva Foundation, O'Dea is a member of The Evolutionary Leaders Group founded by Deepak Chopra. His most recent book, Creative Stress: A Path For Evolving Souls Living Through Personal and Planetary Upheaval 2010, was featured and reviewed in dozens of media outlets. The author of numerous widely read essays, his essay in the acclaimed book Beyond Forgiveness Jossey-Bass, 2011 also serves as the book's conclusion and is entitled "Creative Atonement in a Time of Peril." James O'Dea is committed to dialogue as a practice and is engaged in dialogues at SEED Graduate Institute between native elders, physicists, and thought leaders; between Israeli and Palestinian psychologists and social workers; and contributes to dialogue on systems thinking and government policy making with the Washington, D.C. based Global Systems Initiatives.

In August 2010, O'Dea was recognized with the honor of "Champion of Peace, Reconciliation and Forgiveness" by the Worldwide Forgiveness Alliance. James lectures and gives workshops all over the world. He will be a keynote speaker at the Berlin Peace Festival in August 2011.