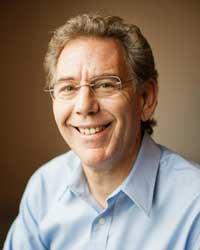 Jeffrey Eisen is a father and grandfather, a husband, a life coach, a teacher, and a friend. At the age of 50 he realized something big was missing from his life. After undergoing surgery for Crohn's disease and watching his son undergo surgery for Ulcerative Colitis all within the same week, Jeffrey decided that change couldn't come about soon enough. He started to reevaluate his work-a-holic nature and his drive to succeed professionally and financially and realized that nothing he'd been doing up until this point in his life truly made him happy. With such an empowering realization now guiding his life, Jeffrey set out to undo all the things he'd once believed to be true. No longer would profits be his driving force. No longer would he worry so much about what others thought of him. No longer would he put work before his family. No longer would he put so much pressure on himself to succeed. No longer would he strive to live up to other people's expectations. No longer would he make himself sick trying to be someone he wasn't.


Jeffrey worked with multiple life coaches, read every self-help and personal empowerment book out there, watched documentaries, read articles, attended workshops, and began to learn everything there was to know about living a more meaningful life. Once he'd done years of work on himself something that never stops, to this day he realized that what would make him most happy would be to help others.


Around this time, his youngest son Michael was experiencing a breakdown of sorts, in his third year of university. Michael who had never been close with Jeffrey turned to him for helpdesperate to overcome his own stress, anxiety, and depression. Jeffrey was honoured to help his son, and Michael became one of his first students/clients.