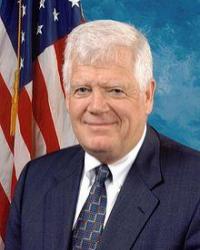 James Adelbert McDermott (born December 28, 1936) is an American politician who was the U.S. Representative for Washington's 7th congressional district from 1989 to 2017. He is a member of the Democratic Party. The 7th District includes most of Seattle, Vashon Island, Tukwila, Burien, Shoreline, Lake Forest Park, Lynnwood, Mountlake Terrace, Woodway, and Edmonds. He served on the House Ways and Means Committee and was a member of the House Progressive Caucus. He was formerly the committee chairman, then in 1995, ranking minority member on the House Ethics Committee. On January 4, 2016, he announced that he would not be seeking another congressional term.