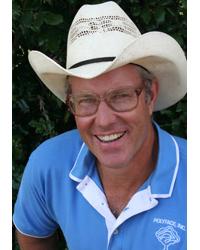 Joel Salatin, 53, is a fulltime farmer in Virginias Shenandoah Valley. A third generation alternative farmer, he returned to the farm fulltime in 1982 and continued refining and adding to his parents ideas.

He holds a BA degree in English and writes extensively in magazines such as STOCKMAN GRASS FARMER, ACRES USA, and AMERICAN AGRICULTURALIST.

The familys farm, Polyface Inc. The Farm of Many Faces has been featured in SMITHSONIAN MAGAZINE, NATIONAL GEOGRAPHIC, GOURMET and countless other radio, television and print media. Profiled on the Lives of the 21st Century series with Peter Jennings on ABC World News, his after-broadcast chat room fielded more hits than any other segment to date. It achieved iconic status as the grass farm featured in the NEW YORK TIMES bestseller OMNIVORES DILEMMA by food writer guru Michael Pollan.

A sought-after conference speaker, he addresses a wide range of issues, from creating the farm your children will want to making a white collar salary from a pleasant life in the country. A wordsmith, he describes his occupation as mob-stocking hervbivorous solar conversion lignified carbon sequestration fertilization. His humorous and conviction-based speeches are akin to theatrical performances, often receiving standing ovations.

He has authored six books, four of them how-to types:
PASTURED POULTRY PROFITS: Net 25,000 in 6 months on 20 Acres, SALAD BAR BEEF.
SALAD BAR BEEF, YOU CAN FARM: The Entrepreneurs Guide to Start and Succeed in a Farming Enterprise.
FAMILY FRIENDLY FARMING: A Multi-Generational Home-Based Business Testament.
HOLY COWS AND HOG HEAVEN: The Food Buyers Guide to Farm Friendly Food, is an attempt to bring producers and patrons together in mutual understanding and appreciation.
EVERYTHING I WANT TO DO IS ILLEGAL: War stories from the local food front.