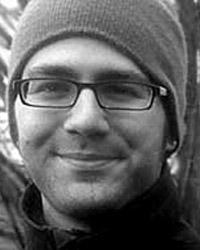 Josh has practiced and was trained, both formally and informally, in hacking - social systems, computer networks, institutions, consumer hardware, animal behavior, and, most recently, the publishing industry. When he's not taking things apart or putting them back together again he speaks, writes, and consults on new and emerging technologies that improve people's lives - and has tremendous fun doing it.

Most of Josh's time is spent speaking to companies and at conferences such as World Economic Forum's annual meeting in Davos, Gadgetoff, TED, SICS, LA-IP, BIF, and Serious Play, and he has appeared on the Sundance Channel, Nova, and other programs. He also spends a significant amount of time consulting to companies large and small, such as Microsoft, Oracle, Frog Design, Nokia, Johns Hopkins, Bankinter, The United States Office of the Director of National Intelligence, and others.

But really what Josh does is this: he examines systems, he takes them apart, and he puts different pieces together to produce something new and more effective. He hacks. Everything.