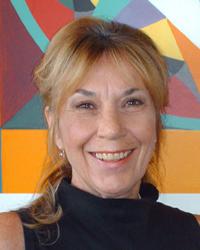 Jovita Wallace brings to her work years of study and unique gifts that facilitate the personalized, transformation aspect of the renowned color/sound vibration program, Being in Balance. Wallace is a shamanic healer, medium, artist, writer, poet, educator and lecturer in Vibrational Medicine, and a consultant and marketing professional, having owned her own advertising agency in New Jersey
for over 10 years. As an intuitive healing channel and sound/color practitioner, she helps many in her active private practice and through her meditation classes, workshops, and seminars.

The Being Balance Inc. Sound Wellness Center and the Center for Color
Illumination and Pure Tone Therapy was incorporated in 2001 in Montclair, New Jersey, founded and directed by Wallace. The core work of the center began in 1994 with the initiation of Wallaces ground breaking, pioneering work in sound and color. Her signature certification courses include: Chakras and Five Senses Vibrational Medicine and the Quantum Body; Sound Therapy Practitioner Training
through intensive study; the Color Vibration Intensive Course; and training in her Shamanic Mentorship Program. Students have traveled from throughout the USA and Australia to study with her. Under the direction of Wallace, Being in Balance Inc. Sound Wellness Center has offered many holistic modalities, classes, and programs with local, regional, and international guest speakers and practitioners
participating. Wallace has also consulted and implemented color and sound services in the New York City and New Jersey spa industry, and has presented as a guest speaker at the Medical Spa Expo and Conference, Jacob Javits Convention Center, New York, NY, sponsored by The Medical Spa Society and Reed Exhibits. She has taught and
lectured at the University of Aesthetics and Wellness, DePasquale The Spa, Morris Plains, New Jersey, and the Pantone Color Institute, New York and New Jersey.

Now working with a matching grant award, Wallace continues her pioneer work in sound and color vibration and shamanic healing. She is augmenting and expanding her education courses to be available to a greater audience in the holistic and medical spa markets. Her supporting creative work through the visual arts and writing is being developed.