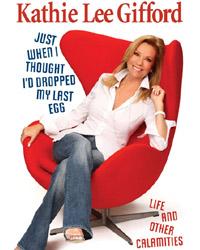 As co-host of the Emmy-nominated talk show Live with Regis and Kathie Lee, Kathy Lee Gifford spent 15 years entertaining American viewers alongside Regis Philbin. After an eight-year hiatus from television, she's back on the air, holding down the fourth hour of NBC's Today show with co-host Hoda Kotb. She also produces musicals, writes screenplays and has just released a new memoir, Just When I Thought I'd Dropped My Last Egg. Kathie Lee's first love has always been music and singing. She has been blessed with the opportunity to perform and record music in a variety of styles. From Broadway standards to religious hymns to contemporary pop, music has been and will always be a part of her life.