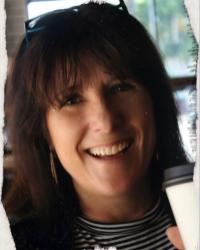 Born and raised in France by a German mother and a Russian father, fluent in five languages, with degrees in mathematics, physics, audio engineering and marketing, learning about various cultures of the world has always been a priority in Lena’s life. She started traveling at a young age; first with her family, then with friends, and as a lone backpacker throughout Europe. At 19, she moved to Los Angeles, California, barely spoke any English, but she knew one thing for sure: “Never give up on your dreams!”

Starting in the entertainment industry as an audio engineer, she quickly realized she preferred working on the road, and changed her career direction. For the next 20 years, as a tour manager and a live events producer, she lived and worked in various countries around the world, enjoying the privilege of working with amazing talent, such as the Gipsy Kings, Paul McCartney, Jeffrey Osborne, Kenny Loggins, Michael Franti and Spearhead, Pearl Jam, Alice in Chains, Brian Wilson, Johnny Cash, Maroon 5, Liza Minnelli, Boyz II Men, Paula Abdul, to name a few.

For the last 10 years, as Head of Procurement and Production for The Reconnection, a worldwide leader in the field of consciousness development and alternative/energy healthcare, Lena organized events around the world featuring inspiring speakers, such as Gary Zukav, Lynne McTaggart, Rupert Sheldrake, Lee Carroll, Gregg Braden, J. J. Hurtak, Masaru Emoto, Joe Dispenza, and Eric Pearl.

Recently, Lena made another life changing decision to travel the world and use it as the full-time school for her 6-year old daughter, Isabella. Out of this personal journey, the company CULTURAL ADVENTURE TRIPS was formed to continue what she has done most of her life: inspiring others to learn about the different cultures of the world and the people within these cultures. She believes that understanding others is the first step to make the world a better place, and that new experiences in new cultures enrich this understanding. The goal of providing tools to help us raise more compassionate children arises from the idea of keeping the child within ourselves thriving and inspired.