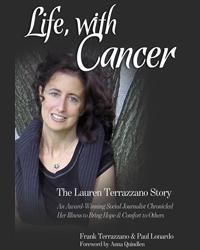 Paul Lonardo has had short fiction, book length fiction and non-fiction books published. Most recently he has co-authored a true crime book with Jeannie McDonough; "Caught in the Act, a Courageous Family's Fight to Save Their Daughter from a Serial Killer." Paul also collaborated with Gina Russo on "From The Ashes, Surviving the Station Nightclub Fire," the personal memoir and reflections of a survivor of the 2003 Rhode Island fire disaster that claimed the lives of 100 people. The book is the basis of a documentary film and web series to begin in February 2013, the ten year anniversary of the fire.


Paul attended Columbia College, a film school in Hollywood, CA and studied screenwriting. He received an A.S from Mt. Ida College in Newton, MA and received a B.A. in English from the University of Rhode Island. Paul lives in Lincoln, RI with his wife and five year old son, Jake.