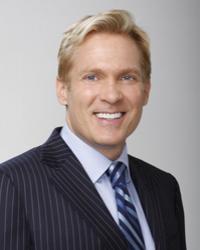 As weather anchor of "GMA," Champion is based at "Good Morning America's" Times Square Studios home in the heart of midtown Manhattan, where he reports on the latest national weather throughout the morning broadcast.

In addition to his regular weathercasts in Times Square, Champion travels regularly to various weather-related stories around the country and globe. Since joining "GMA," Champion has traveled to California, where he reported live on raging wildfires in that region; he has also reported from Enterprise, Alabama on the devastating tornadoes that damaged that part of the country; from the ice storms in the Midwest, in which he reported live from Chicago, as well as Denver; and from Atlanta and Boston for severe winter weather. Champion also traveled to the polar ice caps in Iceland in January of 2007 as part of the morning program's "7 New Wonders of the World" series.

Champion continues to be at the forefront of reporting on the environment and global warming. In February of 2007, he traveled to Paris, where the Intergovernmental Panel on Climate Change IPCC released their groundbreaking global warming report. He also traveled to the Columbus Zoo to report on the subject of animal extinction with animal expert and frequent "GMA" guest Jack Hanna. Champion also brings morning viewers tips and information on what they can do to be more environmentally efficient and aware with his regular "Just One Thing" reports. He recently braved the waters of Point Pleasant, New Jersey to educate viewers on how to survive dangerous rip currents, and played a large role in ABC News' network-wide special Earth Day reporting.

In addition to reports on weather and the environment, Champion also contributes various feature stories to "GMA". He co-anchored "Good Morning America's" morning concert event with Justin Timberlake, live from Memphis, and traveled to Nashville, Tennessee for "GMA's" coverage of the CMA Music Awards.

Before joining ABC News, Champion spent 18 years at WABC-TV in New York, where he was the city's most-watched weatherman in the tri-state area. Prior to WABC-TV, he was a weekend weather anchor and news reporter at WJKS-TV in Jacksonville. Earlier Champion was a news and weather reporter at WPSD-TV in Paducah, Kentucky. He began his career in broadcast news as an intern at WKYT-TV in Lexington, KY, while he attended college there.

Champion is involved in many charities in the New York City area, including the Multiple Sclerosis Society. He graduated from Eastern Kentucky University with a bachelor's degree in broadcast news. He resides in New York City.