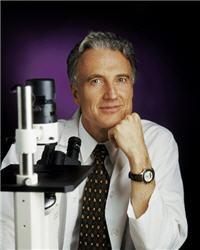 Stephen Cherniske has served as Chief Scientific Officer of Univera from its founding in 1998. In this role, Cherniskes leadership has helped Univera to become a global leader in natural products research and development.

Stephen earned a Masters in nutrition science, and went on to become a distinguished graduate level educator and researcher in the fields of immunology, sports medicine, and nutrition. While serving as a university instructor in clinical nutrition, Stephen also served on the faculty of the American College of Sports Medicine. He later went on to direct the nations first Federally licensed clinical laboratory, specializing in nutrition and immunology.

Stephen's insights and continued research has earned him international acclaim as an educator, researcher and anti-aging pioneer. He is the chief architect of the metabolic model of aging, a model which has been presented at medical conferences around the world and is summarized in his best-selling book, The Metabolic Plan Ballantine 2003. Click Here.