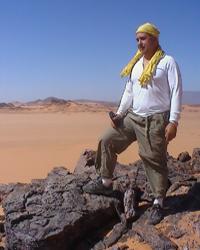 Thomas Brophy has a Ph.D. in physics from the University of Colorado, was a staff research scientist at the Laboratory for Atmospheric and Space Physics, Boulder, with NASA interplanetary spacecraft projects, and was a National Science Foundation exchange scientist with the University of Tokyo and Japan Space Program. His work focused on planetary astrophysics problems.

A member of one of the Voyager II spacecraft instrument teams, he developed theoretical understandings for data from the outer planets Jupiter, Saturn, Uranus, Neptune, and was involved in defining science goals for space mission instrumentation. Those interests in fundamental theory, and teaching at the University level, led him to broader studies involving the non-calculable and immeasurable aspects of the universe, and to Integral philosophy. These Integral studies, together with practice of contemplative/yogic traditions, led to his book The Mechanism Demands a Mysticism, and subsequent publications, and invited presentations on Integral theory and psychospiritual growth.

He is former Dean of the California Institute for Human Science, a graduate school and research center dedicated to integrating the pyschospiritual and scientific worldviews. Recombining Integral philosophy with astrophysical dynamics led to his studies of the astro-archaeology of pre-history and proto-historic Egypt, and investigations into the origin of the Zodiac, and Zodiac Ages in early human cultures, and his book The Origin Map. His forthcoming book Black Genesis about the origins of the pharaohs from a mysterious star-ceremonialist African peoples, is co-authored with Robert Bauval.

He has also worked in the IT/telecommunications industry, and found application for fundamental dynamics calculation methods in gaming and investment theory. He has published peer reviewed scientific articles in premier journals including Icarus, Mediterranean Journal of Archaeology and Archaeometry, IEEE Journal, Science, and his work was reported on in Nature magazine. He has been a featured presenter at numerous scientific conferences, and invited plenary speaker at Integral spirituality meetings, in the United States, Europe, Japan and New Zealand.